Given a node in a Binary Search Tree, find the next node as per in order traversal.

Let’s find out how to answer this question in a technical interview.

To begin with, let’s cover real quick what is a binary search tree? 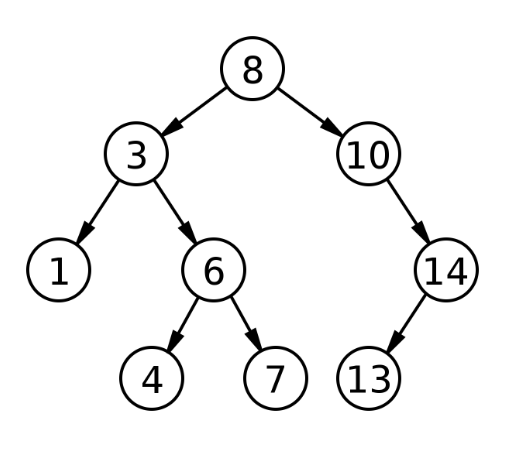 Next thing to know there are three ways in which you can traverse a Binary Search tree:

Now let’s come back to the question that we are discussing:

Write the algorithm for finding the next in order successor node of a given node in a binary search tree where each node has a link to its parent.

Next, if the node doesn’t have a right subtree.

For e.g. 4. If the node doesn’t have a right subtree, then we go to the parent. Let’s call the node as n and parent as p. From the parent, we check if we came from the right child or left child. So if n was the left child of p, then the answer is p.

Now, if you were to code it.
Let’s first look at the Node class:

And this is how the method to get the In Order Successor will look like:
Node GetInOrderSuccessor(Node input)
{
if (input == null)
return null;
if (input.right != null)
{
return LeftMostChild(input.right);
}
else
{
Node node = input;
Node parent = input.parent;
if (parent == null || parent.left == node)
return parent;
while (parent != null && parent.left != node)
{
node = parent;
parent = parent.parent;
}
return parent;
}
}

Here is the GitHub Link to the full working solution. I will highly recommend you guys to try it on your own before looking at the solution.
Hope you guys liked the video. I will be adding more such interview questions to the Youtube channel, so do not forget to subscribe. Until next time, happy coding 🙂